Please call Neil on FREECALL – 1800 564 024 for more information about the festival, a copy of the 2016 festival program, a motel list and a booking form. 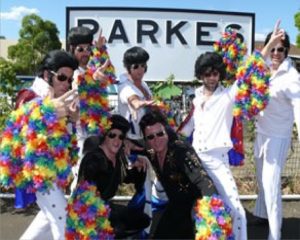 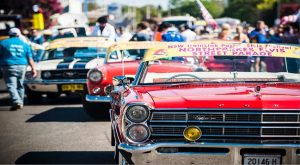 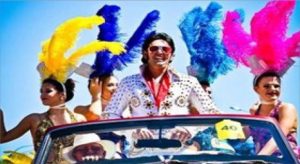 GRACELANDS ON THE GREEN (TENT CITY)

The accommodation includes beds and mattress, you will need to bring your own bedding (sleeping bag or sheets, blankets and pillow, towels etc) The tents are carpeted, fly screened and fitted with 12 volt lighting. Tea and coffee is available free of charge from the clubhouse. Breakfast (bacon and egg burgers) are available each morning for a nominal cost at the clubhouse. The tent city BBQ is available for patrons' use to prepare other meals during the day. The tent city site is at the North Parkes Sporting Complex, located on  Alexandra Street. The site is approximately 15 minutes walking distance to the main street, the festival's major clubs and central Cooke Park outdoor entertainment venue. The Festival shuttle bus will service tent city, with transport to the main street and other festival venues. Timetables will be available on site. Periodic security patrols will occur during night hours. Tent city staff will be present onsite at all times. It is advised that valuables should not be left in tents.

BOOK YOUR OWN MOTEL ROOM – at your own expense

Even though motel rooms are booked from year to year, some rooms come available  due to cancellation. If you phone the motel(s) and put your name on the waiting list, they will ring you if they have a cancellation. We may be able to assist with someone to share with, of the same gender. It is recommended you phone Smart Tours before making a payment to a motel, to ensure the tour will proceed.

A list of the Parkes Motels is included with this itinerary.

It's 25 years since the Festival began, but the question everyone still asks:  why Elvis in Parkes? In 1981, local Elvis fan Bob Steel OAM and Anne Steel OAM opened a reception centre and restaurant in Parkes they named 'Gracelands'. The building can still be seen today at the corner of Bushman and Albert Streets.

However the Festival concept was first flagged at an Elvis-themed party in 1992 at Gracelands for the then-editor of the Parkes Champion Post newspaper, Roel Ten Cate.The Elvis-themed party proved the appeal of the King across generations and it was over a glass of wine at the party that the idea of a festival was first discussed.

Passionate locals from across the community joined forces to put on the first festival in 1993, which included an Elvis movie screening, an Elvis tribute concert by Eddie Youngblood, an Elvis look-a-like and sound-a-like competition, a street parade, markets and a tour of the Parkes region. The first Festival was attended by 200 people.

Over the first 10 years of the Festival, more events were added to the program and it continued to attract fans in their hundreds. With the vision and effort of hard-working volunteer committee members together with significant support from Parkes Shire Council, the festival experienced a surge in popularity in 2003 and 2004 as word quickly spread across Australia about this fun and quirky event in a quite country town in NSW.

9,500 attended the Festival in 2009. In 2015 more than 20,000 visitors attended this major iconic event. The Festival now enjoys a worldwide media audience of 60 million and fans around the globe.

Born January 8 1935, Tupelo. Died August 16 1977, Memphis. Elvis was regarded as one of the most significant icons of the 20th century. He is often referred to as The King of Rock and Roll or simply The King.

DAY 2, 3, 4, and 5 – Four days to enjoy the fun and festivities.
A shuttle bus will operates to all venues and accommodation including
tent city.

DAY 6 MONDAY – After a hearty breakfast, time to retrace our journey
home, reflecting on an enjoyable festival with new found friends.

Please call Neil on FREECALL – 1800 564 024 for more information about the festival, a copy
of the 2016 festival program, a motel list and a booking form.